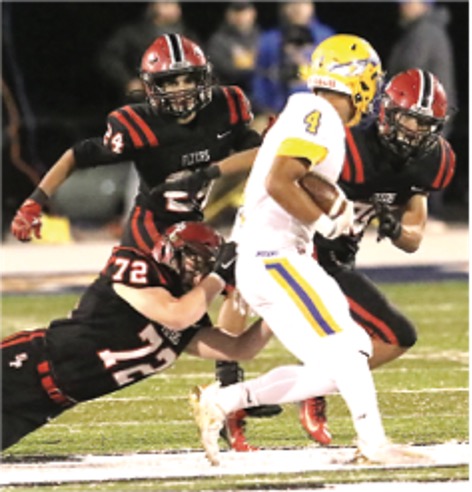 Southern Local’s draw in the Div. VII, Region 25 playoffs was a tough one and the Indians are still looking for their first playoff win in school history.

The ninth-seeded Indians couldn’t gain any traction on small-school power Norwalk St. Paul, the eighth seed, in a 48-14 loss on Saturday in a second round game.

St. Paul, 6-1, advances to meet top-seed Warren JFK on Friday at a site to be determined.

Southern Local, 5-2, had won five straight after its opening loss to Leetonia.

The big swing in the game came with the score 27-8 and Southern facing a 4th and 7 from its own 44 with 1:01 left in the half. The Indians tried to gain a first down with a pass but it was incomplete.

Brad Sloan carried the load for the Indians with 76 yards rushing and two touch- downs on 10 carries. He also had four catches for 44 yards.

Josh Pratt was 8 of 16 for 107 yards and three interceptions for the Indians. Timmy West hauled in three catches for 48 yards.

Southern did not have any regular-season opponents lined up for the rest of the season coming into Saturday.

Courtesy of the Reflector/Jerry Harrington