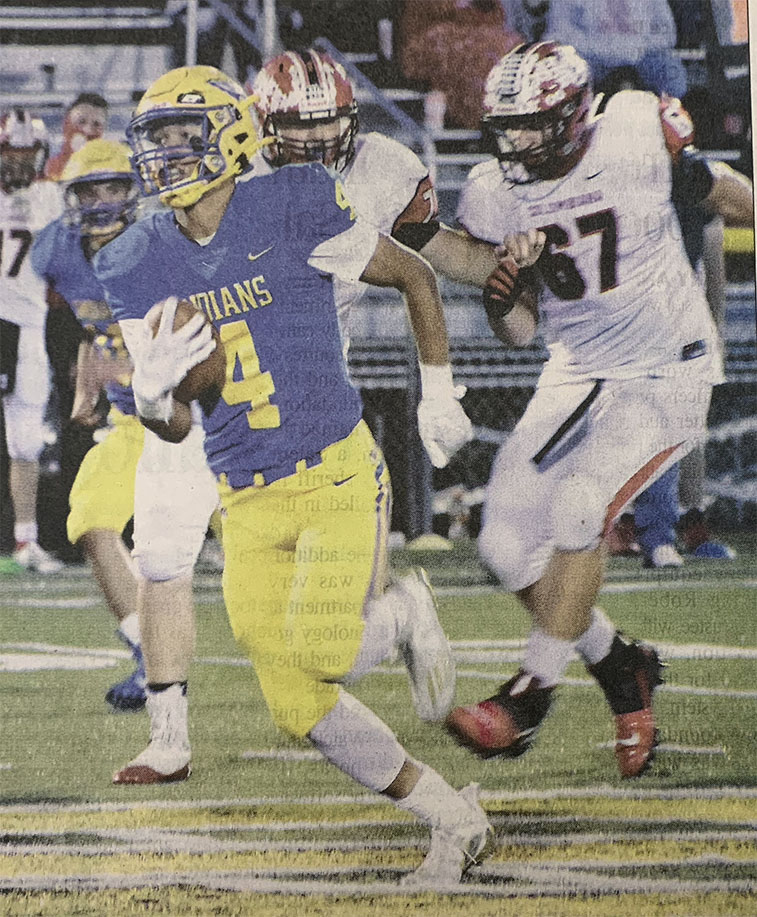 The Southern Indians, behind a stellar performance by senior receiver Brad Sloan, knocked off the Columbiana Clippers 33-14 to break a second place tie on Friday between the two schools in the Eastern Ohio Athletic Conference.

Sloan scored touchdowns by rushing the ball, receiving, and on special teams in addition to recovering a fumble on defense as the Indians improve to 3-1 on the season. Sloan had 77 yards running on eight carries, 98 yards punt return in the fourth quarter to put the game away for the Indians.

"Brad is a special, special player," Indians coach Rich Wright said. "Our seniors tonight in Hunter Morris, Brad Sloan, Pratt, and our two senior linemen and Timmy West. All of our seniors came through tonight."

"I knew the situation we were in. I knew we needed this win to give us a chance to at least try to get a tie in the league. But I have to five it all to my line they blocked beautifully for me. They gave me an open hole and I just had to trust my speed and hope I could get down the field fast enough before the[y] got me," Sloan said.

Bit it was the Indians defense that came up with a big play in the third quarter that really gave the Indians all the momentum in the game. With the Indians leading 14-7 at halftime, the Clippers took the second half kickoff and drove to the Indians' 3, and were looking to tie the game. But a handoff in the backfield was fumbled with Sloan pouring on the ball.

"The fumble to possibly tie the thing up at 14-14 was an absolute danger. Your suppose to be able to respond from that, but we didn't" Clippers coach Bob Spaite stated. "We isn't res[p]one very well."

The Indians took the Clippers miscue and made them pay dearly for it. The Indians mounted a methodical 96-yard, 20-play drive with Garrett Brewer blasting into the end zone from 3-yards out. That gave the Indians a commanding 20-7 lead.

"That was huge," Wright remarked. "I think it was twenty plays, but that is what we really wanted to do. We wanted to grind it out a little bit because they did some stuff we weren't ready for but we knew that coming into the game with how well they are coached."

"Hunter Morris ran that ball down there and that just killed their spirit," Sloan said.

The Indians and Clippers exchanged late-game touchdowns as the Indians cored on a 49-yard run by Sloan with 3:21 left in the contest. The Clippers added a touchdown by quarterback Tony Kocanjer from just 1-yard out with only 40 ticks left in the game.

Quarterback Josh Pratt got the Indians on the board first in the game when scored on a 1-yard plunge at the 6:38 mark of the first quarter. That came on the Indians first offensive possession.

The Clippers, who fall to 2-2 on the season, fumbled the ball on their first possession, but their defense came up big as they turned the Indians away on a fourth down play at their 8-yard line.

Neither team threatened to score again until just before halftime as the Indians went up 14-0 with 1:23 left in the second quarter. Pratt hit Sloan in the right flat with a quick pass at the Indians own 39, Sloan cut across the middle of the field and race 61-yards for the touchdown.

The Clippers answered right back as they scored just 17 seconds later. Clippers quarterback Tony Kocanjer hit his receiver Xathon Cross down the right sideline for a 66-yard touchdown reception that cut the Indians lead to 14-7 as the two teams entered the intermission.

"They have explosive players," Spaite said of Southern. " I got a lot of young kids. I got a lot of guys that are doing a really, really good job but they are not explosive like what you saw tonight. We can't take that 10-yard play and make it a 70-yard play. That's who we are."

Next Friday the Clippers will try to bounce back when they host Wellsville at Firestone Park. The Indians will have a battle for first place in the EOAC when they entertain the undefeated United Eagles next Friday. 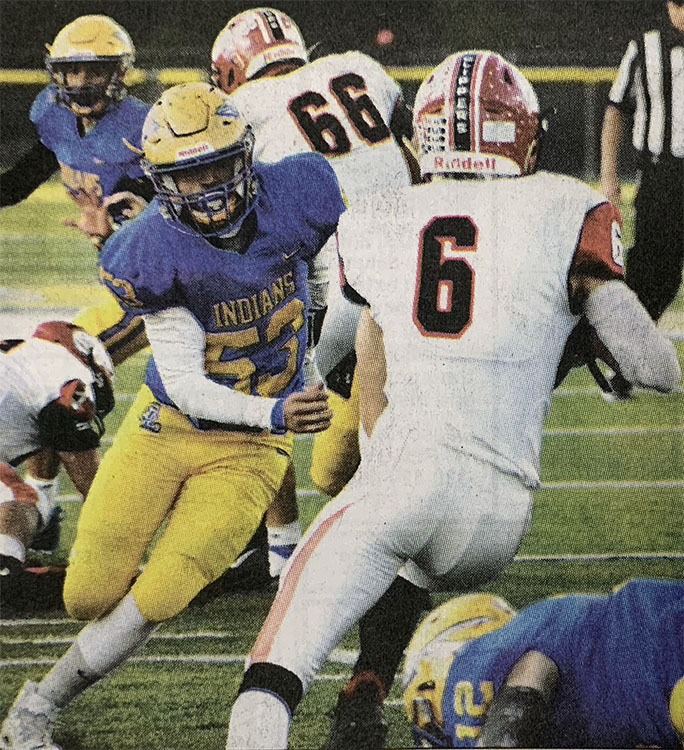 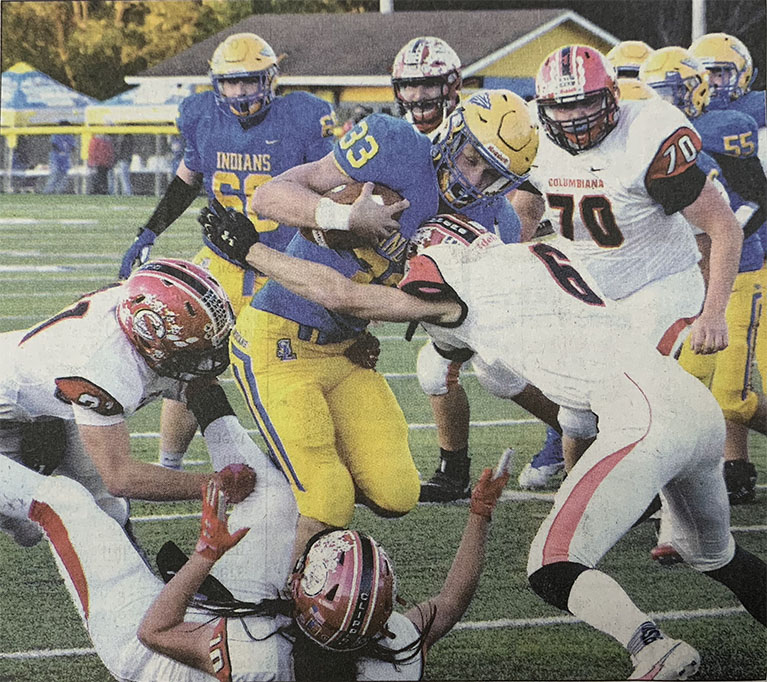