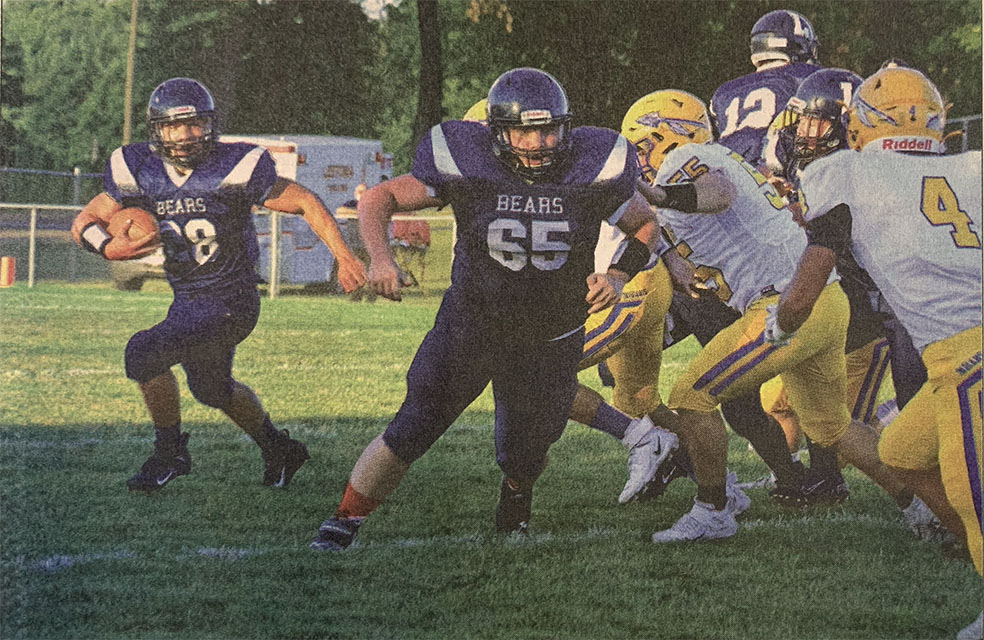 The Southern Indians entered the 2020 season with a large bullseye on their backs are winning an undisputed Eastern Ohio Athletic Conference championship in 2019.

Playing the Leetonia Bears, a team with arguably the best running back in the league, meant they had a huge set to start the year.

Marco Ferry proved to be the difference in the contest as he rushed for 169 years, 144 in the second half, and scored two touchdowns to power the bears past the Indians 14-13.

"It was a great high school football game, it really was," Bears coach Paul Hulea said. "If you  like small schools, it you like division seven football, this was the place to be tonight. It was a great game, a hard-hitting game. We're excited we got the win."

"I thought we played extremely hard," Indians coach Rich Wright said. "I think both teams left everything out there. I didn't manage the game real well, didn't coach really well. That falls 100 percent on me. We made too many mistakes against an experienced football team."

Neither team could get any traction in the first half as penalties and missed opportunities marred the game. The Indians got a 45-yard touchdown pass just before the half called back for holding.

"Very frustrating," Ferry said of the first half. "They did a great job of scoring our offense, and we did the same. It was just inches the whole game. My guys were blocking hard, but their defense made really good reads."

Ferry ran in from 5 yards our after a nine-play drive at the 7:36 mark of the third quarter. The touchdown was set-up by a 41-yard scamper by Jaedon Finley. The Bears did not convert the two-point try however and held a 7-0 lead.

But the Indians answered right back on the first play of their opening possession when quarterback Josh Pratt connected with Brad Sloan for a 49-yard touchdown pass. The Indians converted their extra point try and held a slim 7-6 leads with 7:17 remaining in the third quarter.

Once again Ferry was the man of the hour as he raced 58-yards with just 5:37 remaining in the game to put the Bears back in front. Ferry added a two-point conversion to give the Bears a 14-7 advantage.

"I saw a cutback, my players really opened up a gap for me and luckily I was able to see it. I was fortunate enough to make the big play," Ferry said.

The Indians came back once again as Pratt found Timmy West in the back of the end zone on a 15-yard pass with only 2:57 remaining in the contest to make it 14-13. Indians coach Rich Wright would then roll the dice and attempt a two-point conversion for the win, but running Hunter Morris would come up short.

"That was a bad decision," Wright said. "It didn't work. I take full responsibility. I'll take the loss on me, it's not my first one."

The Indians will try to bounce back in another big test next Friday when they travel to arch-rival Wellsville. The Bears will face league newcomer Valley Christian in Campbell on Saturday night.