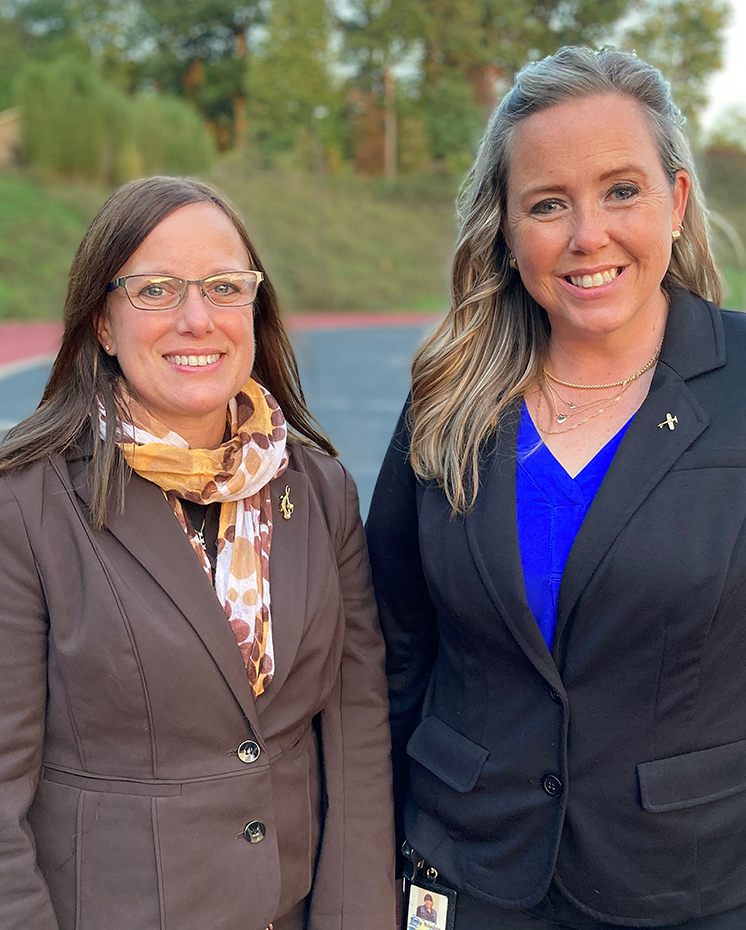 SALINEVILLE-Southern Local High School Band Director Emily Forbes Bowling will have the chance to march in the 2022 Rose Parade this January.

Bowling will join Jennifer Mollenkopf, band director for East Palestine Schools, and others from across the country to take part in the annual Pasadena Tournament of Roses® Parade on Jan. 1. They will be among 280 members from all 50 states and Mexico in the Band Directors Marching Band who will make the 5.5-mile trek on New Year’s Day. The event has been viewed in person by thousands and on television by millions, and history is also being made since the entry is the first of its kind and will include an animated float and marching band composed solely of band directors. The special entry was formulated by Saluting America’s Band Directors, a project of the Michael D. Sewell Memorial Foundation, and will convey the theme, “We teach music. We teach life.”

Bowling, who has taught at Southern Local for the past 21 years, is one of only 45 band directors statewide selected and she is thrilled for the opportunity.

“I’m very excited about it and I can’t wait,” she said. “They’ve been building the float since summer and I’ve been sharing photos of the progress with my kids and getting them excited.”

She actually learned she would participate last year but said plans were nixed due to the COVID-19 pandemic. Now she will get the opportunity to don a uniform and play her clarinet in the Golden State. Members include band directors who are new or have 50 years’ experience teaching all levels from elementary to high school, colleges and universities, the military and even community bands.

“I found out [about the opportunity] in the spring of 2020 and I applied. The foundation had a selection committee,” she said, adding that she also submitted an essay describing how she teaches about life with her music lessons.

Bowling will head west from Dec. 29-Jan. 2, where she will rehearse with the others and appear in the parade and other musical events. The band will be led by renowned music educator and innovative band director Jon Waters, who directed the Ohio State University Marching Band and is now director of bands at Heidelberg University. Waters will conduct rehearsals in Pasadena in preparation for the big day and lead the band at Bandfest, a two-day event in which Rose Parade marching bands also perform a field show.

The band will perform four tunes including “Sing, Sing, Sing,” “Stars and Stripes Forever,” “Strike up the Band” and a custom arrangement of “76 Trombones” created specifically for them. Bowling noted that the band directors yield a combined total of 4,539 years’ experience and have taught approximately 181,000 students. For her part, Bowling instructs 145 chorus and band members in grades 5-12, and she is not only a staff member at Southern but also an alumna. She graduated from SLHS in 1995 and returned to work at her alma mater in 2000.

The Michael D. Sewell Foundation is named for a band director from Pickerington, Ohio, who had ties with the parade. Upon his death, his family chose to have a band of his peers march in the event.

Southern Local High School Band Director Emily Forbes Bowling, pictured at right, will join Jennifer Mollenkopf, band director for East Palestine School, and 280 others from across the U.S. and Mexico to perform in the Pasadena Tournament of Roses® Parade on Jan. 1. The band will make the 5.5-mile trek on New Year’s Day in an event viewed in person by thousands and on television by millions, plus it will make history by being the first of its kind to appear at the event.