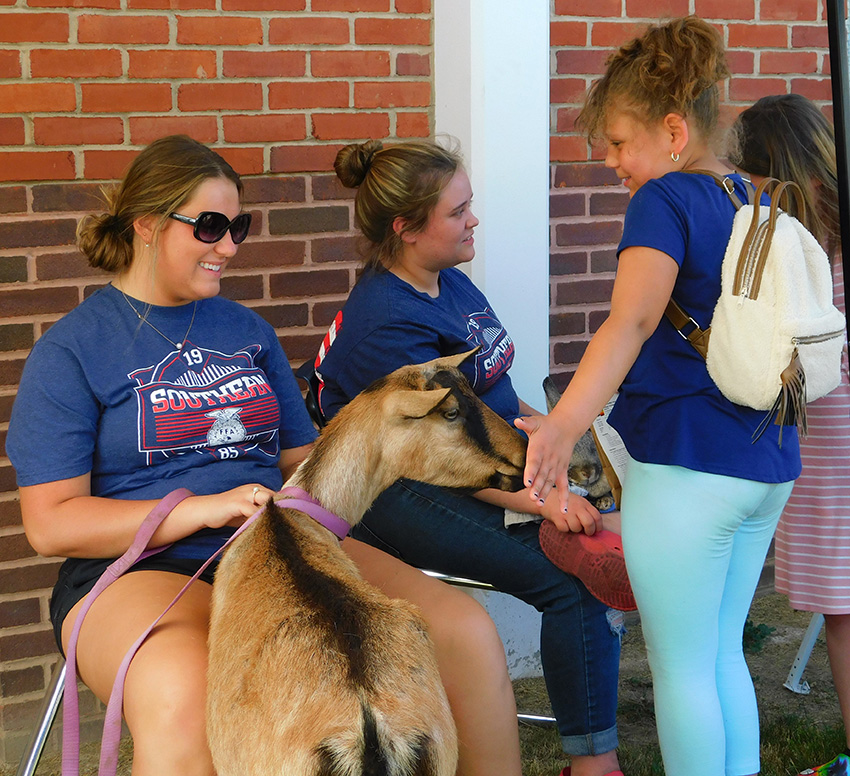 This year’s event was conducted outdoors with a smaller crowd in attendance, but officials cited safety restrictions and hot weather as the cause. Still, a great time was had by all and officials and participants alike were glad to see it return.

Organizer Laura Krulik, district director of special education, said other changes included the fact that the venue was held later than the usual mid-March calendar date. Despite the alterations, she was happy to see the turnout.

“It was great having an in-person event again,” Krulik said. “Everything was outside and it was in May instead of March, and all of the reactions were good.”

The showcase was formed in 2007 and has attracted hundreds of students, their families and community members to view displays, informational booths and school performances and art shows. COVID put the activity on the backburner in 2020 but organizers wanted to offer something as a sign of normalcy.

Southern Local Elementary sixth-grader Kiah Sloan was happy to see the showcase come back after the challenging school year.

“It’s good. All the kids got to design stuff to show,” she added.

“It feels good to have everything open again,” Prendergast commented.

“It’s nice to get back to normal,” said SLES Principal Rich Wright.

SLES Associate Principal Emily Brinker noted that it was the first time parents have been at the school this year.

Superintendent Tom Cunningham was also thrilled to see it come to fruition.

“Overall, I was very, very happy with the turnout and the presentations from the students and look forward to holding it again next year when we can highlight everything going on in the classrooms.”

A little heat did not deter people from turning out for the Southern Local’s District Showcase, which made a return following a COVID-related hiatus on May 20. Food, displays and other offerings were on hand at the outdoor event and pictured at the FFA petting zoo are members Marissa Stewart and Emily Walker as elementary student Sophia Pierson enjoyed the animals.  (Photo/MARJORIE HILLER)