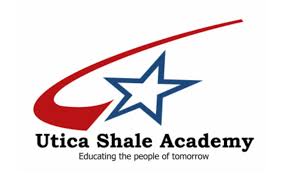 Students at the Utica Shale Academy and Southern Local High School are getting another resource to prepare them for a successful future in industry through a $200,000 state grant.

USA Director Bill Watson said the Ohio Department of Education approved an Equity in Education grant to help provide training on six Industry 4.0 building blocks including industrial success skills, industrial equipment and technology, smart sensors and devices, control systems, internet protocol and informactionable data.  Southern Local will administer the funding and Watson said it is considered a foreign language class because it primarily uses computer programming, while Southern students may take the class as an elective.

“It’s a collaboration between USA and Southern Local and will be another route for a diploma because you can get three years of a foreign language for students and it uses cutting-edge technology,” he added. “We applied in March or April and recipients were supposed to be announced in May, but due to COVID we found out we were awarded this summer.”

Watson worked with Kristy Sampson, district federal programs coordinator at Southern Local, to help give students an opportunity they otherwise may not have. A portion of the funding finances a new instructor and Matt Gates was hired to head classes starting Sept. 8.

“This grant will be fully sustained and we’ll also use it to purchase equipment and hold classes,” he continued, saying USA students will take the class during the first half of the day with Southern students participating during the second half. The entire curriculum is online plus there is a hands-on component, but the Watson said the latter would be dealt with accordingly should schools close again due to the coronavirus pandemic.

“The scenario if we close is to have it one on one or in a small group setting with hands-on work for students if approved by the county health department.”

Meanwhile, officials previously formed a partnership with the New Castle School of Trades in East Liverpool and offered welding classes for the past several years to USA students. That will be expanded to help develop manufacturing skills and Southern students will also take part.

About 62 students have registered for the academy, which is an increase from 44 pupils last year. Forty USA students are expected to take welding with 20 in industrial maintenance and the end goal is to obtain industry credentials and certification as well as a possible associate’s degree by the time they graduate high school so they may move on to trade schools or even the workforce with an even greater advantage. As the use of technology increases in the workforce, having such knowledge is a major plus for incoming workers and Watson said Industry 4.0 will put students on track to a successful future.

“The broad scheme is to create a catalog of classes,” he added. “We want to roll out Industry 4.0 to grades 9-10 so they can see what’s there before they make a decision on what they want to do. NCST offers associates’ degrees in industrial maintenance and our goal is to for students to have their industry credentials and also have a degree when they graduate high school.”

Southern Local Superintendent Tom Cunningham sees it as something positive for everyone involved.

“It’s really exciting and not only a great opportunity for the Utica Shale Academy, but also for Southern Local. It’s a great collaborative for the schools and allows students to have hands-on experience,” Cunningham concluded. “Hopefully we can build up our career tech programs. Everyone’s calling for more career tech options for our kids and I think this is a great start.”

Now in its seventh year, the Utica Shale Academy provides curricula for grades 9-12 that are required by the Ohio Department of Education, including a customizable digital curriculum allowing for acceleration or remediation along with flexible scheduling and safety certification courses. Graduates receive a high school diploma, certificates and college credit options offered through Eastern Gateway Community College. For more information about USA’s programs, contact Watson at (330) 383-6575 or through the website at uticashaleschool.com.